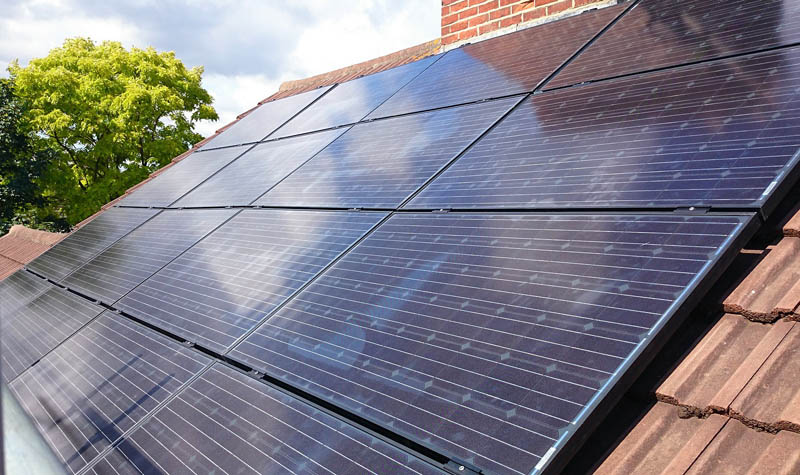 Solar energy is the most abundant energy resource on Earth – 173,000 terawatts of solar energy strikes the Earth continuously. That's more than 10,000 times the world's total energy use.

Solar photovoltaic comes from the Greek word ‘photos’ (= light) and voltaic originates from the name of an Italian physicist, Volta, after whom the electric Volt is named.

The average pitch of roof in the UK is perfect for generating energy and for... self-cleaning.

The first PV cell was built in 1883 by Charles Fritts; however it was only 1% efficient.

The largest solar power plant in the world is in Mojave desert in California covering 1000 acres.

Silicon from just one tonne of sand, used in PV cells could produce as much electricity as burning 500 000 tonnes of coal.

PV cells do not need direct sunlight to work; you can still generate some electricity on a cloudy day.

Germany’s solar capacity is almost that of the world combined – and they even aspire for more!

Sainsbury’s is the proud owner of the largest solar array in Europe. Around 170 shops in the UK are powered by a grand total of 69 500 solar panels.

Above London’s King’s Cross rail station there is a new 240 kWp PV glazing system forming part of the curved roof of the historic Victorian building.

Green Solar World, located in Cambridge and working throughout the East of England, an MCS approved installer, a Quality Assured National Warranties member, a Renewable Energy Consumer Code member and a National Association of Professional Inspectors and Testers member.